A fluid coupling (FC) or hydraulic coupling is a device used for transmitting power from one shaft to another shaft by means of acceleration and deceleration of a hydraulic fluid. It is based on hydro-kinetic principles and requires that the output speed be less than the input. This difference in speed is called slip. 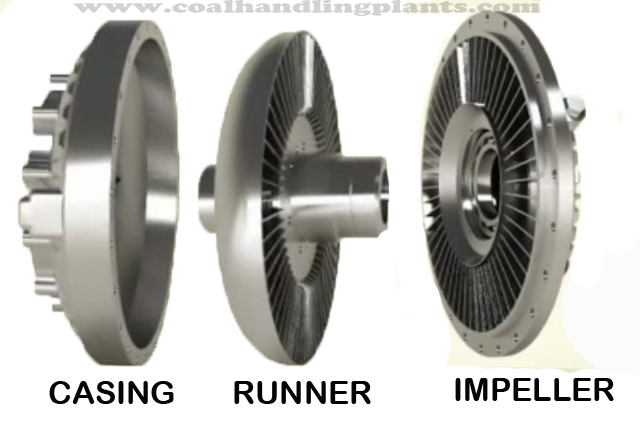 As the electric motor accelerates to the running speed, the impeller begins to centrifugally pump oil to the stationary runner. Transmission of oil is diffused by the conical impeller baffle, producing a gradual increase in torque, allowing the motor to accelerate rapidly to full running speed. 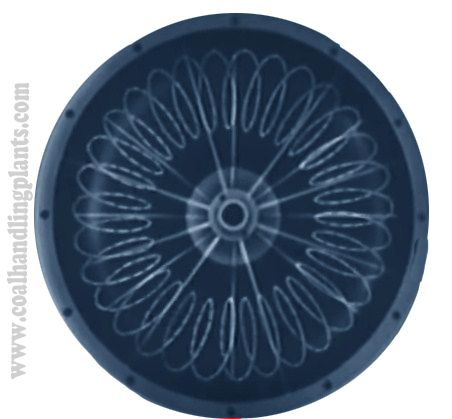 When all oil is pumped into working circuit, continuous circulation of oil will occur between the impeller and runner forming a flow path like a helical spring formed in a ring.

Thermal protection on this type of coupling provides safety to the fluid coupling and directly to the driver and driven machine.Fusible plug is the most common thermal protection. If the temperature of fluid in the coupling increases for any reason (which includes overloads) then the fusible metal in plug melts & all the fluid in the coupling drains out thus stopping power transmission and over loading the prime mover.