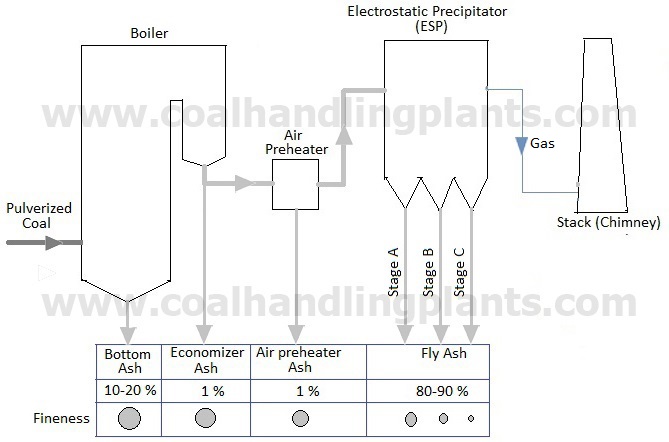 Ash handling plant or ash handling system in thermal power plant are used to cooled down the ash to manageable temperature, transferred to a disposal area or storage which is further utilized in other industries. 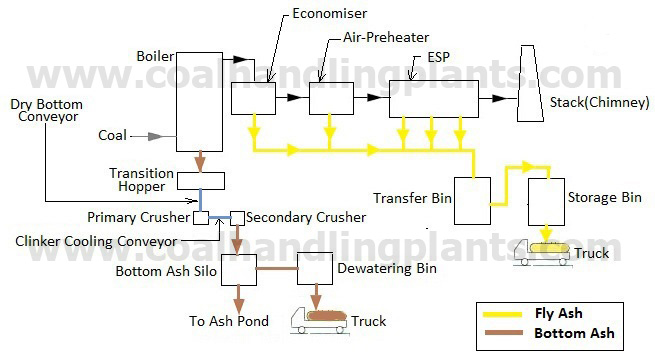 Fly ash is captured and removed from the flue gases by economiser, air-preheater and electrostatic precipitator (ESP) located at the outlet of the furnace and before the induced draft. The fly ash is pneumatically transported from collection hopper of economiser, air-preheater and electrostatic precipitator (ESP)  to storage silo for subsequent transport by trucks. 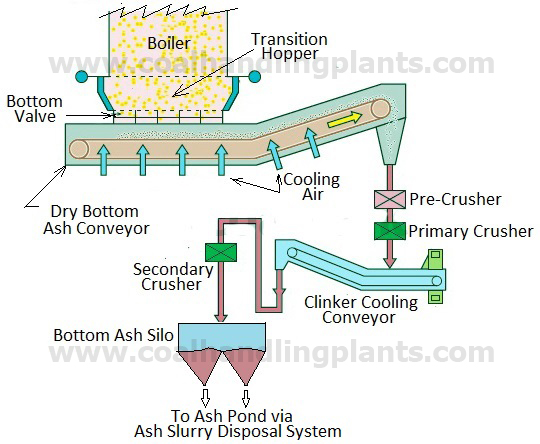 It is collected in bottom hopper located under the furnace boiler. Due to coarse in nature it is treated through clinkers and grinders to normalize the bottom ash size. It is then transported to bottom ash silo for temporary storage or to ash pond in slurry form. 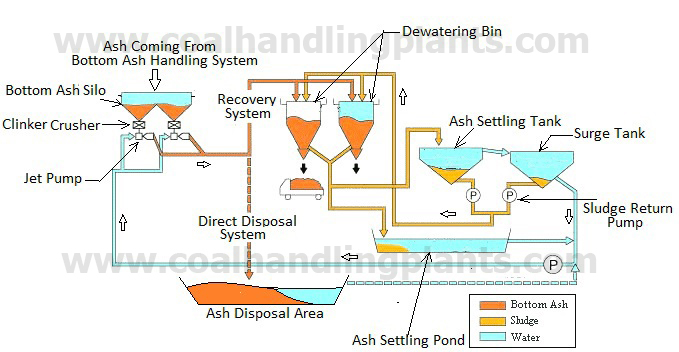 Ash received from bottom ash handling system is mixed with water in bottom ash silo. Slurry formed due to mixing of water and ash is transported to ash disposal area by using two system: