A basic bearing designation typically contains three to five digits. Some products, like cylindrical roller bearings, can have a combination of alphanumeric characters. 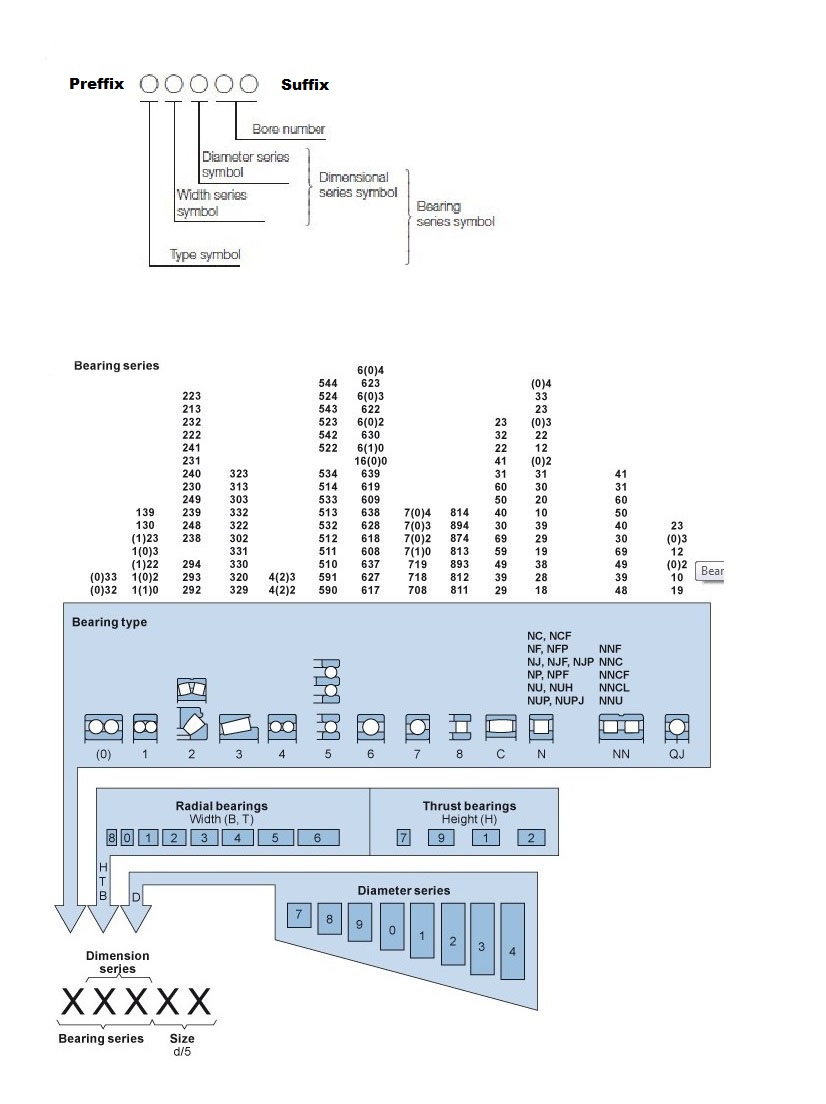 1. The first number relates to the bearing type, as shown in the table below 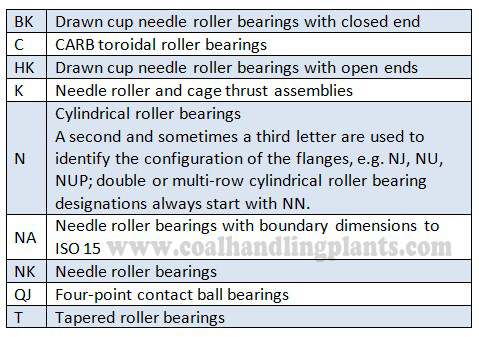 3.The last number (which is a set of two numbers) indicates the bore (in mm) of the bearings. 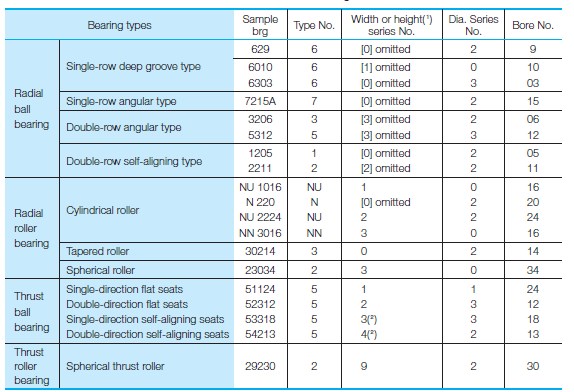